This was too adorable not to share. 🙂 In April we got six little chicks, and Mia was totally enthralled with them. All she did was watch them and try to play with them. She tended to get a little rough, though, and we caught her carrying them around in her mouth a few times. They were never hurt, only wet and very frightened.

Unfortunately, two of the chicks fell prey to a stray cat. (R.I.P. Henny and Penny.) After losing two of our six chicks, we decided to get a few more; so this week I took Mia along to a local feed mill and picked up three new Rhode Island Red chicks. She whined the whole way home. I think the peeping of the chicks sounds a little bit like crying puppies, and it upsets her!

The next afternoon, we had the peeps out in the yard, and I was holding them on my lap. Mia was doing such a good job sitting quietly next to me just watching them. Then, one of the brave peeps, darted off my lap and ran under Mia’s legs. Mia looked at me guiltily, not knowing what to do. Soon the other two chicks joined the first one, and they were all scurrying around her legs. 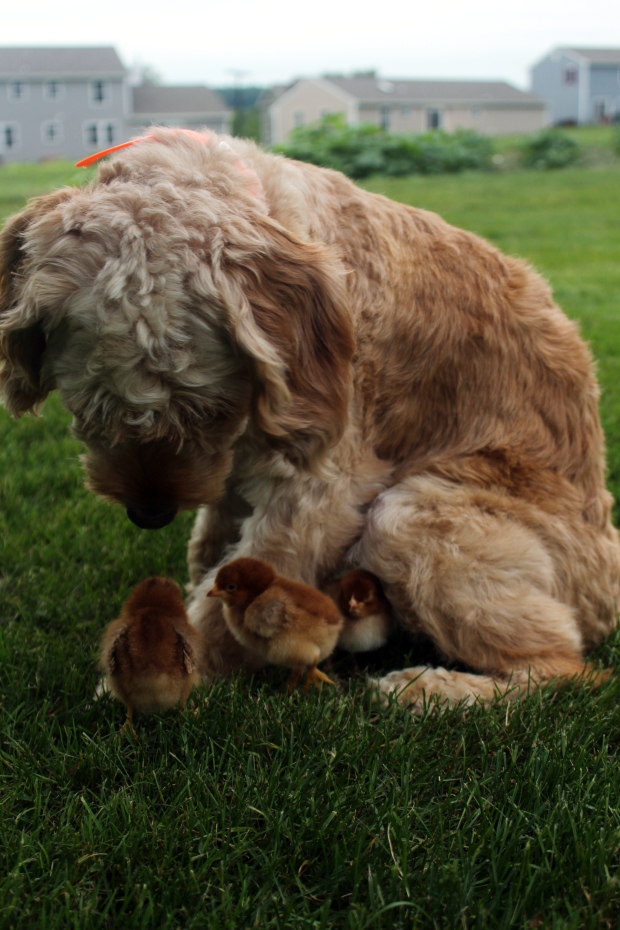 After a few minutes of that, Mia laid down on her side, and the peeps huddled against her stomach and under her legs. It was a bit chilly that afternoon, and I think the warmth felt good to them! Mia was such a dear, lying there nicely and gently snuffling the chicks. She was playing Mama! When the chicks got too brave and began wandering away from her, she got worried until I pushed them back to her.

I was so impressed by her self-control and mothering instincts. I was also very glad I had my camera with me and could snap a few pictures! 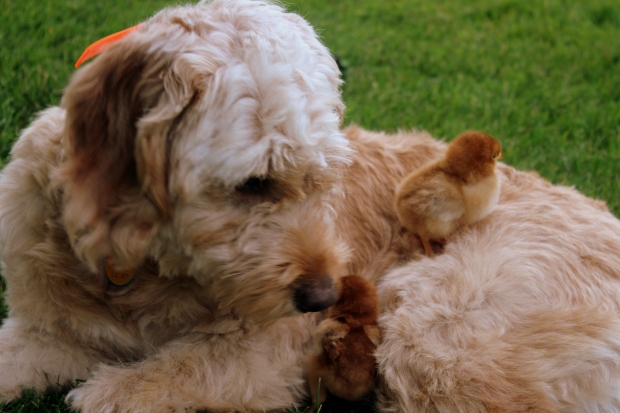 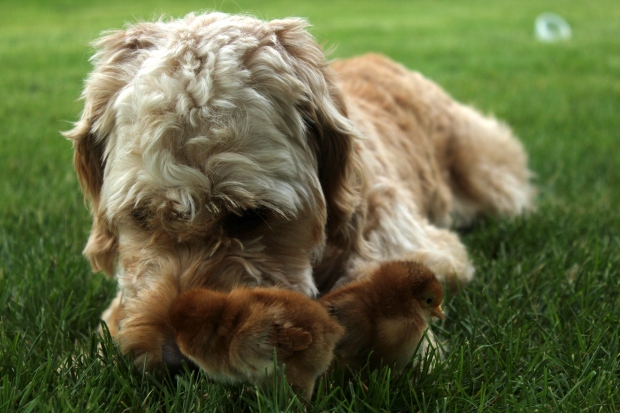 Any good captions for this last picture? Leave a comment!